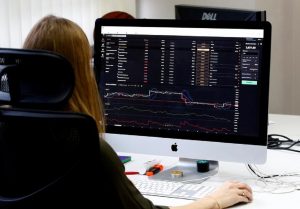 XRP, the third-largest cryptocurrency by market cap is currently soaring past resistances with ease making a parabolic price curve on the short-term chart. The altcoin set a three year high today as its price breached $0.90 with over 100% gains in a single day on Coinbase before experiencing a flash crash. XRP was trading at $0.713 at press time with over 57.42% gains on the 24-hour chart and gained over 128% in the past week.

XRP has moved into the third day of its current bull run and looks highly bullish at the moment with its double-digit gains across three days. The altcoins started to gain traction right after Bitcoin dominance started to fall below critical support, since then ETH, XRP, and Stellar have shown tremendous strengths in their price rally reaching new yearly highs.

XRP Community Aims For the Moon

XRP community is one of the strongest social media communities when it comes to cryptocurrencies, who have kept their faith during the three-year-long crypto winter. XRP has remained quite inactive for over three years as its price consolidated around the $0.30 mark, however as soon as the altcoin breached past $0.40 resistance level there has been no looking back as the third-largest cryptocurrency has almost tripled its price in the course of three days.

A technical analyst who goes by the Twitter name Goomba rightly pointed towards the parabolic price curve that XRP was forming when it was trading around the $0.69 mark after a price correction on the 15-minute chart, indicating higher price action in the coming hours. Since then the altcoin has moved above the $0.71 mark.

The next target for XRP is going to be $1.0 breaching which the altcoin would be well on its way towards its all-time-high of $3.84.

You know it’s alt season when you are fitting parabolas on $XRP 15m charts pic.twitter.com/T9gXnaJ3oU

Bitcoin is losing its steam at the top after the king coin entered the third-week of its bullish rally and analysts predict that BTC prices might see a correction or consolidation in the coming days, which means the bullish sentiment is only growing stronger in favor of the altcoins.